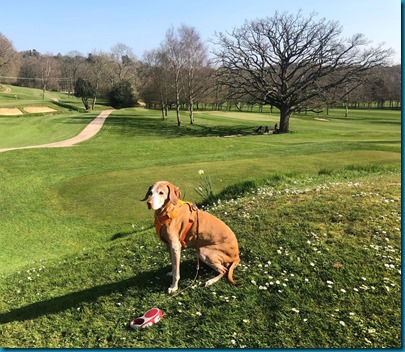 Welcome – Cranleigh isn’t just dog-friendly, but family-friendly. When we arrived, a number of small children were enjoying lunch on the clubhouse terrace. It wasn’t long into the round that we encountered our first fellow dog-golfer. He was accompanied by a wired-haired Vizsla cross (actually Grace is from a wired-haired litter, but came out smooth coated) named “Buda” (as in the Hungarian capital, Budapest – see photo directly below). Her person informed us that he mum and sister were also on the course that day. Our enquiry about the dog protocol told us that dogs were allowed under control so Grace got to amble beside us with a bit more freedom, but shortly into the round, a golfer came up to inform us that the rule was now “lead required” (so Grace go harnessed up for the rest of the round and I have updated the database).

Walk – At first blush we thought the course would seem shorter at a more modest 5644 yards and only a few inclines to climb, but many of the holes seemed quite long. The layout was a bit disorienting for the unfamiliar. The tee signs were flat on the ground so you couldn’t spot from a distance where the next tee was. A few signs pointed to the next tee, but some to some serious searching (we accidentally teed off the 15th thinking it was the 4th). Perhaps in keeping with its dog friendliness, it featured no less that 8 dog legs (including the 12th which was nearly a 90 degree angle). The course is lies in amidst picturesque landscape, but the grounds itself aren’t fussily manicured (the bunkered were hard-packed and the greens as bumpy as Grace’s growth-ridden hind quarters) which contributes to a relaxed vibe.

Water – Nearly every hole has a drainage ditch crossing the fairway and there is a water hazard at Hole 4 (after which the hole itself is named – “Fern Pond”). They were all pretty dry, and if they are dry after the March we have just had, I suspect that they never get very laden. The course never returned back to the clubhouse, so pack plenty of water. It does have a half-way house at the 8th and 14th, but it’s been closed since the pandemic and the water fountain there is dismantled.

Wildlife – Quite a menagerie of squirrels, crows and a pheasant.

Wind Down – The Red Lion Inn was a welcome sight after the long walk for our old girl and a lovely doggie welcome they provided. They tucked us in a far corner so Grace could curl up on her blanket out of people’s way. They then brought her a dog bowl of water and set it next to her. She was so dog tired that she didn’t even get up onto her feet to lap it up, but just drank lying down. The food was just as satisfying for us human golfers. It is gastro-pub fare done distinctively and great variety (more desserts on offer than I have seen for quite some time). 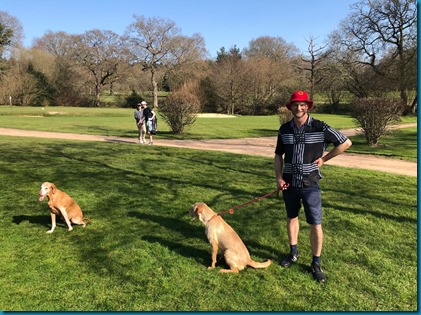 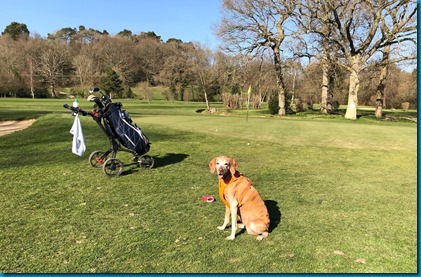 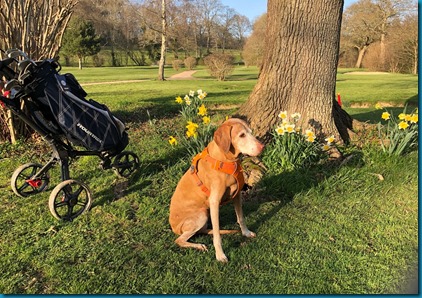 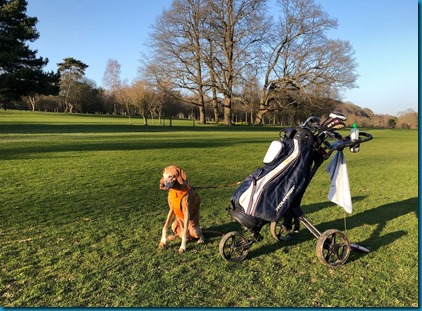