Dexter the black lab is a pioneer of dog golfing whose exploits were an initial inspiration for Dog Golf UK.  When we were first looking for courses to take Rusty and Grace on to.  His person Lorne Smith is editor of the Fine Golf website and newsletter which is a rich source of information on golfing in the GB&I and was the one place I found with information on the dog protocols of various courses.  It also featured a number of pieces about golfing with your dog.

Dexter holds the world record for the highest number of different Courses Walked by a Dog – 83.  Dog Golf’s Grace is up to 72, but since we have golfed most of the dog friendly courses within an hour’s drive, and given the uncertainty about 2021 with the pandemic impact (as many courses are limiting visitors with so much pent up demand by members), and given that Grace is going on 13 years old (still healthy and vibrant but get more fatigued on the rounds), Dexter’s mark could stand for quite some time.

I contacted Lorne about Dexter’s honour, and he shared these added reflections: 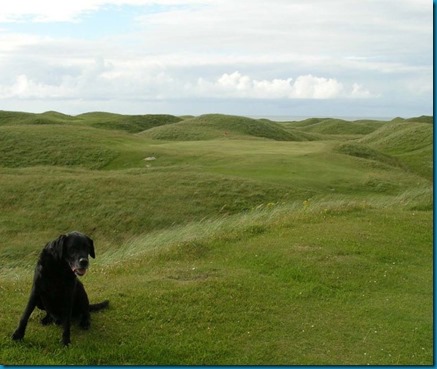 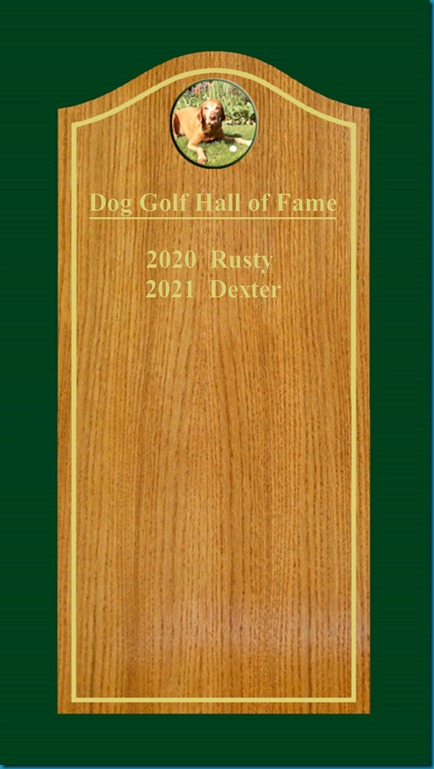 […] and helpful in my starting Dog Golf UK), and recently honoured its distinguished canine pioneer, Dexter, but I had not yet had a chance to sit down with Finbe Golf’s founder and leading contributor […]